It’s our annual panel discussion on tools and trends in digital engagement, featuring the participants in the Innovation Forum at the 2018 IAP2 North American Conference. Confirmed guests wereColin Ellis of Bang the Table, Patrick Grégoire of Borealis, Anna Hauskins from Social Pinpoint and Joseph Thornley and Marcelo Bursztein of 76engage.

Facilitation agility: off the rails but still on track

Planning and delivering effective meetings requires the ability to adjust to changing conditions. Experienced facilitators know that even the most carefully planned sessions can go off the rails. It’s essential for facilitators to develop the ability to hold their scripts loosely and to be nimble at the front of the room. They need the skills required to adapt to the unexpected, while maintaining a laser-sharp focus on achieving the session’s objectives.

Participants learned from the presenter’s 20+ years of stories, examples and experience of coping with the unexpected, equipping them with tips and tools to avoid similar mistakes.

Brave, honest conversations – What they are and how to have them

Building P2 in your organisation

An ongoing challenge in Public Participation is not just to bring stakeholders to the table, but to build that culture of P2 within one’s organisation. The City of Edmonton dove into that notion in a big way, growing its internal public engagement department rapidly in the past year — and winning the IAP2 Canada Core Values Award as Organisation of the Year for 2018.

The San Francisco Municipal Transit Authority has been growing a culture of P2, as well. The 2016 IAP2 USA Organization of the Year  joined us, as well, to discuss their methods and update us on their progress.

Once again this month, we are excited to present one of the sessions from the 2017 IAP2 North American Conference in Denver. Addressing many of today’s most pressing societal, economic and environmental problems requires both engaging broad public audiences and working with complex systems of institutions, actors and drivers.

Governments are democratically elected to address these problems—but can’t do so alone. Success requires a systems-based approach that takes into account the values of citizens, identifies leverage points for intervention, and builds collaboration among multiple actors.

How to achieve that? Sebastian Merz and Robin Prest of the Morris Wosk Centre for Dialogue at Simon Fraser University in Burnaby, BC, and Dr Martin Carcasson of Colorado State University, discussed how to achieve that participatory systems change. Their work builds on the work of over a dozen thought leaders, who met in Whistler, BC, in 2016.

“Beyond Inclusion” (another Denver Encore)

Historically, the agency governing metropolitan issues around Portland, Oregon, has been run predominantly by white people. But the Portland area is considerably more diverse than that, and a few years ago, Metro – the governing body for the tri-county area around the Rose City — embarked on a process to develop a racial equity strategy.

Wednesday, 13 June, we heard how Metro accomplished that, with Patty Unfred and Peggy Morell of Metro and Emily Lai of the Momentum Alliance. This is a reprise of their presentation at the 2017 IAP2 North American Conference – with some additional insights and findings they’ve gained since last September.

Our Community Could Blow Up – Do We Have Time For Some Quick Consultation? (another Denver Encore)

It may seem counter-intuitive: life and property are under immediate threat — say, from a pile of highly unstable explosives. Is now the time to sit down and engage the community on possible solutions? Shouldn’t we just step back and let the experts do their job?

This is not a hypothetical situation, and Kristi Celico and Doug Sarno, MCP3, had to deal with it. Did the community come up with a better plan? Were the consultations a boon — or a boom?

Beringia Community Planning and the Liard Aboriginal Women’s Society (LAWS) received the IAP2 Canada award for Indigenous Engagement for “Youth4Safety”, a project to address a growing problem of sexualized violence against Indigenous women and girls. Sarah Gillett of Beringia discusses how they engaged Indigenous and non-Indigenous young people.

The Tennessee Department of Transportation took it to the people to determine how best to address a $10-billion backlog in infrastructure projects, and their engagement proved so influential that Gov. Bill Haslam got involved in the later stages. TDOT’s Director of Long-Range Planning, Tanisha Hall, and consultant Preston Elliott discuss the methods they used to reach as broad a cross-section as possible.

Minnesota’s Jefferson Center won the Core Values Award for Creativity and Innovation for “Rural Climate Dialogues”. Led by Camille Morse Nicholson, the Jefferson Center and the Institute for Agriculture and Trade Policy brought rural communities together to discuss climate change problems and solutions. These communities had long felt locked out of the conversation by urban and suburban interests.

Catherine Rockandel of Rockandel and Associates in Vancouver won the IAP2 Canada award for “Respect for Diversity, Inclusion and Culture” for a project involving the Richmond School District and possible school closures. Compounding matters were a number of language barriers and new Canadians who came from cultures where governments and other official entities were not trusted.

The Great Divide. “Echo Chambers”. Thinking in silos. Mistrust of authority. It all comes with the territory for a P2 practitioner, and requires a special kind of approach, especially when these conditions manifest themselves unexpectedly.

Any P2 process expects and encourages various points of view, so how do you deal with strong opposition and entrenched positions? Master Certified P2 Professional John Godec has many years of experience in dealing with such situations and has taken a deep dive into some of the psychology behind people’s attitudes.

We kicked off 2018 with our annual look at digital engagement, with four leaders in the industry taking part in a panel discussion. Dave Biggs (MetroQuest), Charles Connell (Social Pinpoint), Matthew Crozier (Bang the Table) and Joseph Thornley (76engage) shared their views on a variety of issues, including integration of digital and face-to-face, security, dealing with trolls and making a business case for digital engagement. 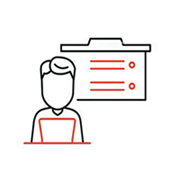 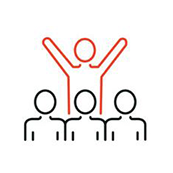